Start your research by reviewing the resources available on this page and the databases listed on the Library Home page. Searc 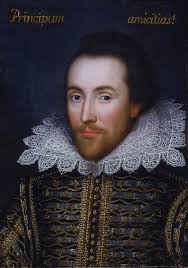 h WorldCat for items in our library and carefully select which databases and encyclopedias will be of most use to your purpose or task. Think about your search terms carefully and refine them as you learn more about the topic. The links below provide a starting point for information about Othello and William Shakespeare.

This film is a great starting point for students studying the theme of "evil" in Othello. Inter-cut with exciting footage from a screen dramatisation of Othello, this film features various authorities discussing Shakespeare's choice of language, character and theme. 24 min. 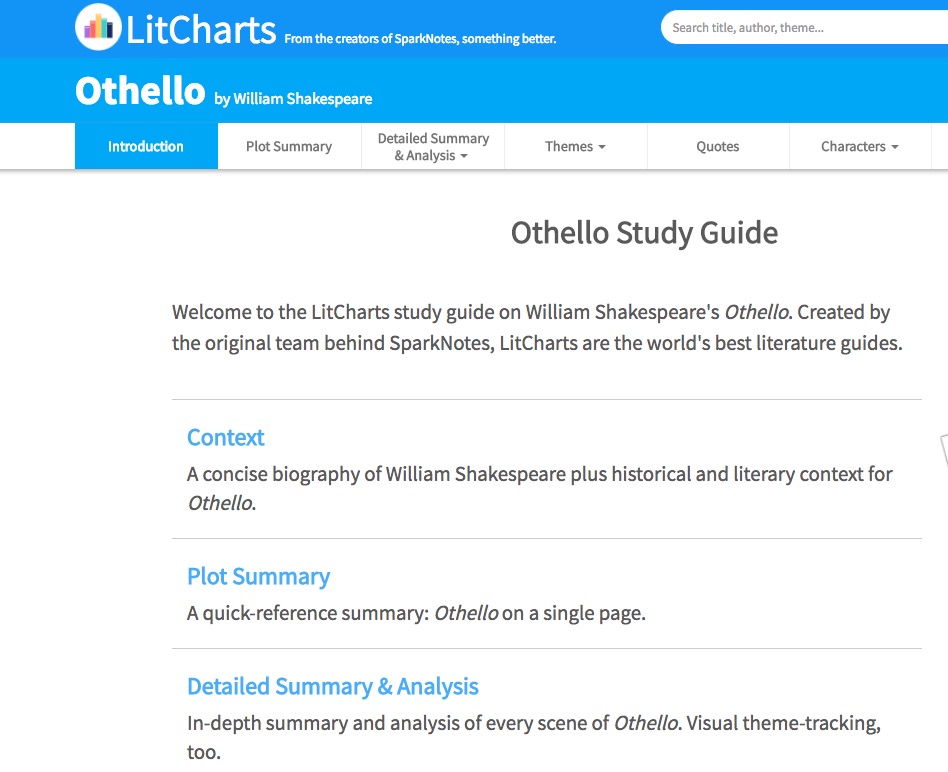 An interactive study guide for Othello which visualizes the themes and plot, very useful for finding evidence ad examples from the text when building arguments in essays. 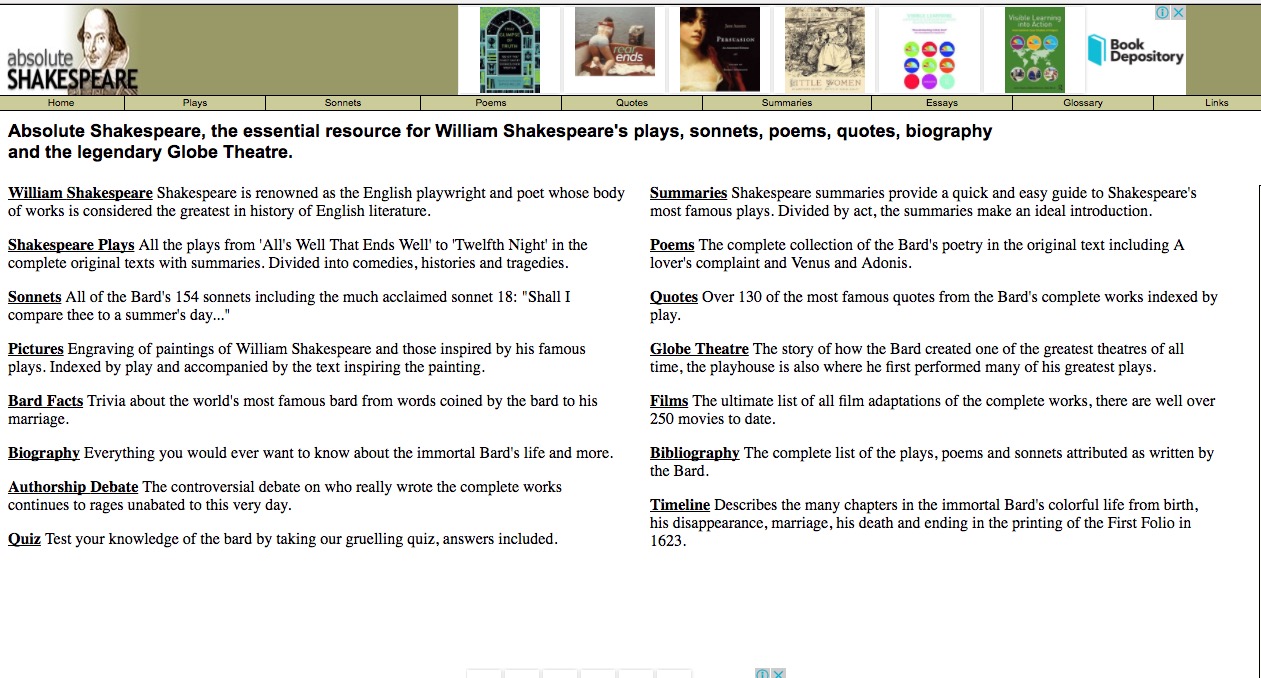 Describes how Othello is one of Shakespeare's tragedies. Created to support literature class. 8 min. Bruce Derby 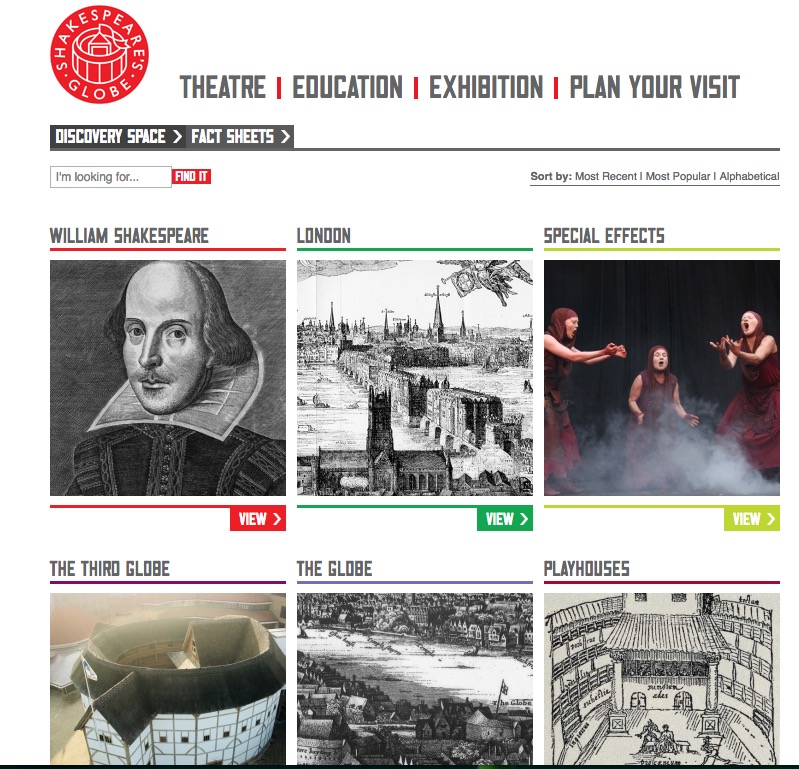 View the images in the production gallery and the rehearsal gallery from the National Theatre of London’s recent production of Othello. Download the background pack for an overview of their rehearsal process to gain an insight into the staging decisions that were made for this show. 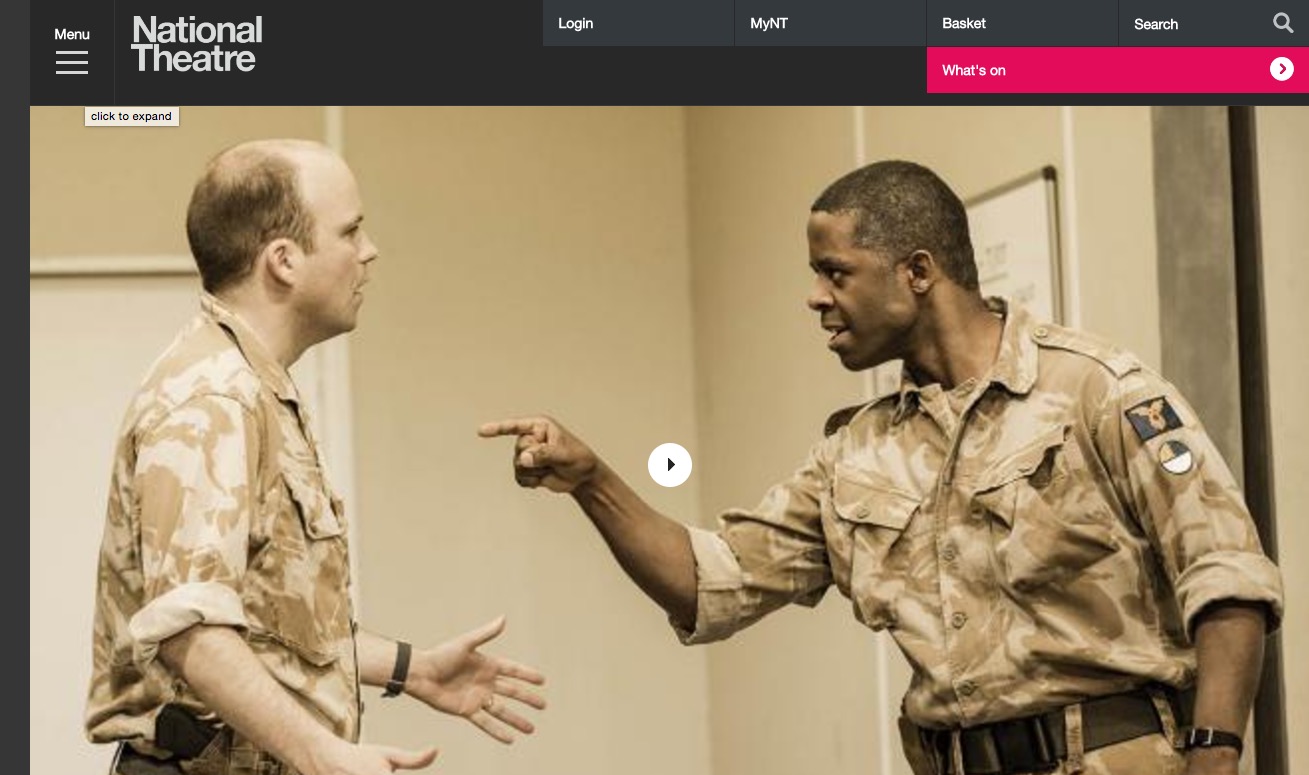 Jealousy, passion, misplaced trust - the themes of this tragedy permeate this fresh adaptation that moves like a swiftly plunged dagger and features actors filled with the fire of their craft. In this Othello, we see how Shakespeare's plays can be reshaped and reinvented for the screen without diminishing their power. The Moor who 'loved not wisely but too well' commands attention now and for generations to come. Stars Kenneth Branagh, Laurence Fishburne, Irene Jacob. 1hr 58 min.

This video showcases fine performances of pivotal scenes from Shakespeare’s famous play "Othello". The performances are direct yet nuanced and the speeches are delivered in such a way that it will greatly aid students in understanding the meaning of Shakespeare’s language. 23 min.